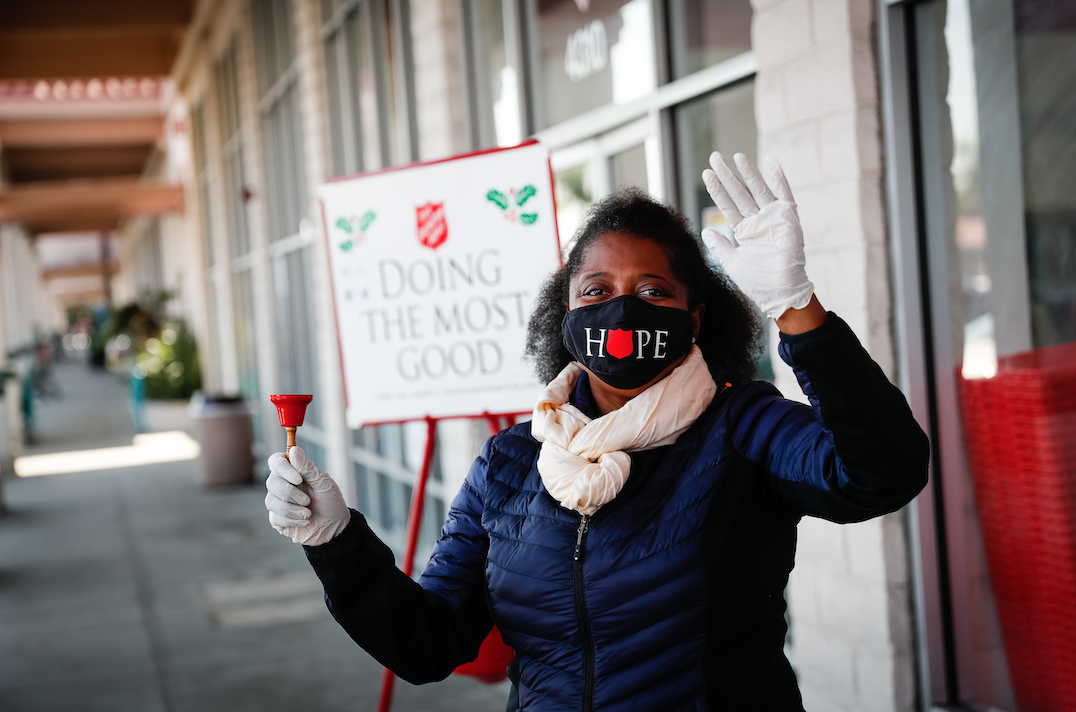 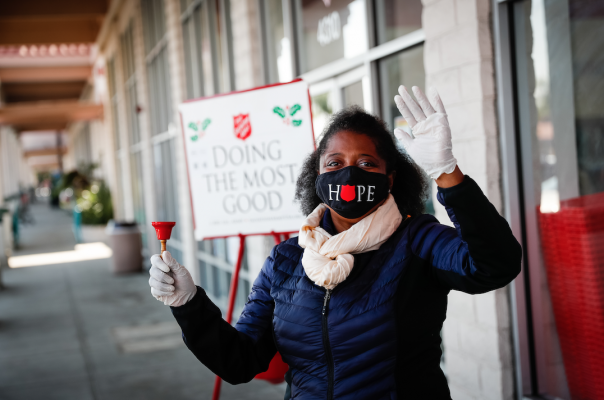 Last year, the “Red Kettle” partnership generated $3.8 million in donations from shopping center guests that directly benefitted those who need the support the most throughout the Empire State Division of the Salvation Army.

“The red kettles are an iconic part of The Salvation Army and we are grateful to have such a strong partnership with Pyramid Management Group to increase foot traffic around our kettles, especially during COVID times,” said Major Ivan Rock, Divisional Commander of the Empire State Division of The Salvation Army.

Needed funds that are typically raised through the organization’s iconic red kettles are at risk this year due to COVID-19 while requests for services are at an all-time high. To make the donation process safer this holiday season, all red kettles are equipped with NFC technology accepting Apple Pay and Google Pay. The Salvation Army has adopted nationally mandated safety protocols and implemented training around cleaning and sanitizing the red kettles. Digital donations through Apple Pay and Google Pay are also strongly encouraged to cut down on points of contact.

Pyramid Management Group is the largest privately held shopping center developer in the Northeast, owning, leasing, and operating 14 properties, 11 of which are in New York State and are part of the red kettle partnership.  The 11 properties and the exact dates of their red kettle campaigns are as follows:

“Giving back to the communities we serve, particularly in times of greater need, is incredibly important to Pyramid Management Group and the guests who graciously choose to donate every holiday season at our properties,” said Stephen J. Congel, chief executive officer, Pyramid Management Group. “We are honored to continue this important tradition and partnership with the Salvation Army and provide our guests with an opportunity to give back in a manner that’s safe for everyone. The partnership is especially meaningful to our guests since the funds raised at each one of our centers remains in the communities they were donated.”

Based on the increase in services already provided in response to the COVID-19 pandemic, The Salvation Army could serve up to 155 percent more people nationwide in 2020 with Christmas assistance, including putting food on the table, paying bills, providing shelter and helping place gifts under the tree – assuming the resources are available. Throughout the Empire State Division last year, 4.3 Million meals were served. Since COVID-19 hit, 3 Million meals were served in just 6 months. If we see the same level of increased requests for service, that would mean 40% increase of people who need our help this holiday season.

The Salvation Army has adopted nationally mandated safety protocols and implemented training around cleaning and sanitizing the red kettles. Digital donations through Apple Pay and Google Pay are also strongly encouraged to cut down on points of contact.

Every donation provides help and hope to those in need, and all gifts stay within the community in which they are given. Visit empire.salvationarmy.org to donate or learn more about how you can help The Salvation Army rescue Christmas this year.

The Empire State Division of The Salvation Army covers 48 counties in upstate New York and one city in Pennsylvania (Sayre, Pa.).  Our annual Red Kettle Campaign in November and December helps our 45 community centers and 166 volunteer driven service units raise funds that remain in each community to help those in need.

For more information go to: empire.salvationarmy.org

About The Salvation Army

The Salvation Army annually helps more than 23 million Americans overcome poverty, addiction and economic hardships through a range of social services. By providing food for the hungry, emergency relief for disaster survivors, rehabilitation for those suffering from drug and alcohol abuse, and clothing and shelter for people in need, The Salvation Army is doing the most good at 7,600 centers of operation around the country. In the first-ever listing of “America’s Favorite Charities” by The Chronicle of Philanthropy, The Salvation Army ranked as the country’s largest privately funded, direct-service nonprofit. For more information, visit SalvationArmyUSA.org. Follow us on Twitter @SalvationArmyUS and #DoingTheMostGood.

Pyramid Management Group is one of the largest, most innovative, privately-held real estate developers in the northeast. Headquartered in Syracuse, New York, Pyramid’s portfolio of dynamic shopping, dining and entertainment destinations and expanding hospitality presence dominate the northeast with 14 properties located throughout New York and Massachusetts. For nearly 50 years, Pyramid has built its reputation on being first, fast, ahead of the curve and always what’s next, leading the industry in combining the best elements of traditional retail with world-class dining and entertainment, all under one roof. For more information, visit www.pyramidmg.com.

If you are a media representative and cannot find the information you need on this website, you may wish to contact the Pyramid Corporate Communications team:

The following assets are available for strictly journalistic use without alteration: